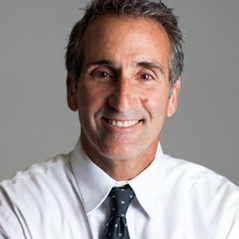 Robert Fernando Garcia, Jr, Esquire has over 25 years corporate and business law experience including as General Counsel and Corporate Secretary for Syniverse Technologies.  During his tenure as General Counsel and Corporate Secretary, Rob oversaw the growth of Syniverse from a small business unit with one location, a little over 100 employees and several million in sales, to a publicly traded, multi-national corporation that currently has more than 1,200 employees in more than 20 offices in over 15 countries, providing numerous services to more than 1,500 commercial customers, with well over $1 billion in sales. As General Counsel and Corporate Secretary Rob served as a member of the company’s executive management team, provided direct counsel to the company’s CEO, CFO, COO and its Board of Directors, led multiple cross-functional teams in product development, sales, international expansion and M&A efforts, and served as the corporate legal representative overseeing the company’s 2005 initial public offering and 2007 secondary offering.

Prior to joining Syniverse Rob served in private practice in Washington D.C., and as in house counsel for the Quaker Oats Company in Chicago. Rob received his law degree from the National Law Center, George Washington University and has a BA in Political Science from the University of South Florida.

Rob is currently in private practice as a partner with Gilbert Garcia Group, PA , where he manages the firm’s Business Law Practice Group, which has over 50 years of combined expertise in business transactional law, intellectual property, contracts, licensing and employment matters, offering a full and comprehensive range of services and counseling to companies of all types and sizes and at every stage in their life cycle.